Gaming and the Evolving Classroom 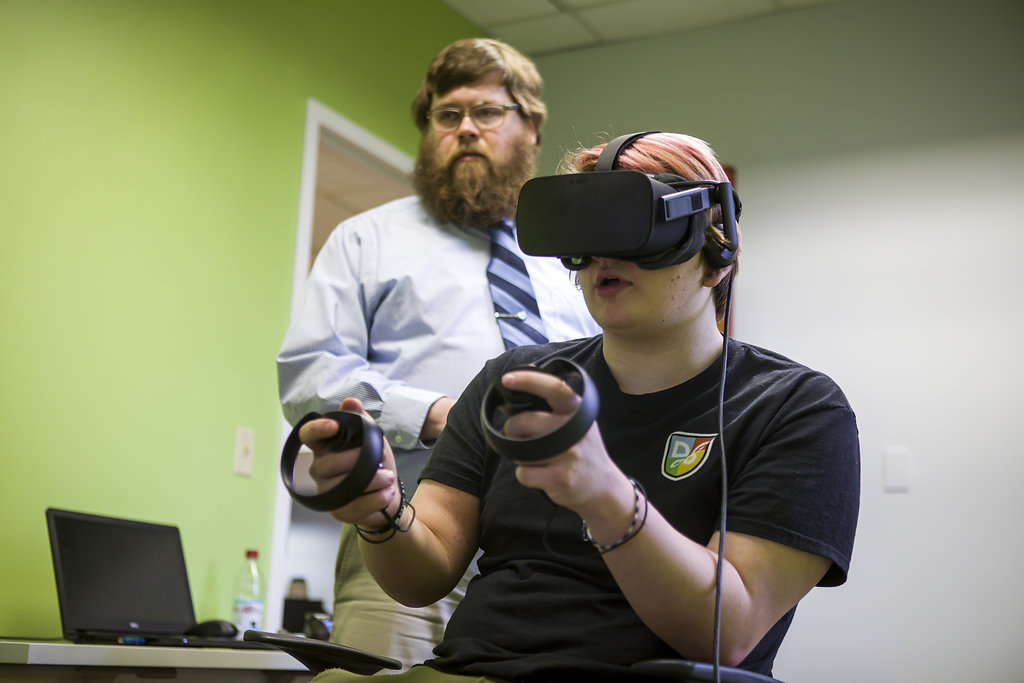 by Cathrin Myburgh and Michael Venzke

While technological advances have brought transformative innovations, certain critics don’t tend to think of video games as one of them: For them, at best, video games are waste of time, and at worst, they promote dangerous values and allow children to indulge in negative impulses. These beliefs are often a catalyst for debate in society. We can see these ideas manifested in popular media—negative traits for teenagers are often juxtaposed with them staring at TV screens, their thumbs frantically jabbing at their video game controllers.

It isn’t surprising, then, that the use of computer games to support education is perceived negatively by many, including teachers and even students. However, researchers and gaming innovators have started to question popular assumptions about video games. The reality is that they hold the potential to improve not only how we learn, but also how we manage mental disorders, cope with trauma, and heal.

Research has shown the positive educational effects that come from video games—educational or commercial, in 2-D or 3-D. Just this year, a study published in the Journal of Computers in Education found that games can augment the development that already happens in school for elementary students. Ramos and Melo (2019) compared two groups of students, one that played digital games daily for 15 minutes at the beginning of class each day for six weeks, and another that had class without any games. The findings were clear—including digital games in the school routine can enhance cognitive improvement by increasing students’ attention performance and stimulating their cognitive development.

Barriers to implementing these solutions might be generational ones: Today’s students, so-called “digital natives,” are riding a wave of computerized innovation that seems to have no end. Some educational leaders, who  came from a generation that didn’t grow up with video games or many of the advances that students take for granted, may resist bringing that reality into the classroom.

Despite this resistance, the truth of the positive impact of technology on classroom instruction becomes more pervasive each day in a variety of educational contexts. A review by Eichenbaum et al. (2014) found that games “instantiate naturally and effectively many principles psychologists, neuroscientists, and educators believe critical for learning.”

In addition to these broader principles, the review revealed benefits for discrete skills—to the point where games are used to train surgeons and help people regain perceptual or cognitive abilities lost in accidents or through disease. In all, the authors call video games “serious tools for good.” These aren’t all educational games, either. Even those developed purely for entertainment have been shown to improve our perception, attention, and ability to switch tasks (Cardoso-Leite & Bavelier, 2014).

The benefits go beyond teaching discrete skills and catalyzing overall learning. Games can also help mitigate the effects of trauma. Even the older among us know Tetris, a game finding a new purpose more than 30 years after its release. In 2009, Emily Holmes and her team found out that Tetris can suppress flashbacks caused by horror films when played shortly after watching the film. Incredibly, this result holds for individuals with longstanding complex PTSD, as a 10-week intervention by Kessler et al. (2018) led to a meaningful reduction in intrusive flashbacks for 80% of participants. The researchers first provoked a flashback for a participant by showing a memory reminder, and this was followed by 25 minutes of Tetris gameplay. Remarkably, even flashbacks that were never targeted were reduced in frequency.

Potentially powerful in the treatment of trauma, games might hold their most significant promise in combating ADHD—and perhaps a host of other disorders. Many games are in development and testing, though one, called Project Evo, is nearing FDA approval as a treatment for ADHD and has shown significant benefits particularly in attention for children. Versions of this game and others have also been shown to help improve cognitive control and multitasking ability in older adults, as well as selective attention and goal management for children with Sensory Processing Dysfunction (SPD). Children with SPD receive incoming information in atypical, distracting ways, meaning they have trouble learning and can withdraw or become aggressive. Following a month-long gaming intervention, 33% of children in one study no longer met the clinical cut-off for inattention, with the parent-reported improvements persisting for 9 months.

We are learning more about the potential of games each day, including that they may help develop cognitive control and goal-directed behaviors in children with Autism Spectrum Disorder. Additional promise comes in games as a potential treatment for depression through improvement in emotional processing, and to provide benefits for people with multiple sclerosis.

Games today really can be much more than entertainment—they can teach children complex skills and improve their overall learning ability, and they can help people of all ages manage disorders, cope with trauma, and heal. With such positive outcomes, games are an educational tool that we should turn to as we help our students grow and achieve their full potential. They’re much more than entertainment. Instead, they can help define the future of education.

Cathrin Myburgh is founder of Azimuth Impact, a consulting firm specializing in educational research and development.

Michael Venzke is an English educator and head of the educational gaming lab at TLC Leadership Academy, a licensed private academic school in Audubon, PA.