How Does Trauma Affect the Brain, Especially as We Age? 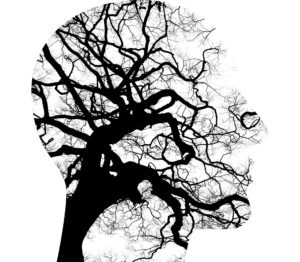 Working in victim services with the senior population in Montgomery County, I’ve been able to observe the devastating effects that victimization, including past and present abuse and trauma, has on the brain as we age.

Victimization ranges in actions including domestic violence, sexual assault, emotional abuse, verbal abuse, sexual abuse, financial abuse, identity theft, robbery, stalking, neglect, and many others. Victimization also occurs within different vulnerable populations. Within the United States, 12.5 percent of children have experienced a form of maltreatment prior to age 18 including physical, emotional, or sexual abuse. Violence also occurs in intimate relationships, with intimate partner violence making up 15% of all violent crime. 1 in 3 woman and 1 in 4 men have experienced physical violence from an intimate partner. These statistics display the devastating examples of the severity of victimization within the United States and its effects on all ages, genders, races, and relationships (NCADV, 2015; Centers for Disease Control & Prevention, 2012). And this trauma experienced at any point in life can negatively affect people’s brains as they get older.

Not only does victimization continue affecting the brain as we age, the elderly population also has increased risk factors for becoming victims of crime. Approximately 1 in 10 Americans age 60 and over have been a victim of elder abuse and 5 million elderly individuals experience abuse each year, however, only 1 in 14 elder abuse cases are reported to authorities (National Council on Aging, 2017). So even if an older person has never experienced victimization or trauma, they become more susceptible to being taken advantage of or becoming a victim of crime.

Victimization has emotional, mental, and physical long-term effects on our psychological condition. Trauma experienced at any point in life has a direct long-term effect on the brain as we age, specifically on parts of the brain called the amygdala and the hippocampus. During a traumatic event, the amygdala becomes overactive and the hippocampus becomes suppressed and altered.

The hippocampus is the brain’s memory storage. After experiencing trauma, the brain may struggle to tag memories with times and dates resulting in one remembering an experience and feeling as though it is occurring in real time. This thought process is otherwise known as a flashback. Flashbacks occur due to the senses associated with a traumatic event such as sight, smell, sound, and touch with the inability to remember the context of the trauma. Flashbacks can range in intensity but have a lasting emotional, mental, and physical impact. The hippocampus begins the brain’s natural reaction to trauma and alerts the Amygdala as well as the sympathetic nervous system to display physical symptoms as the body prepares for perceived threat. While flashbacks can occur in the old and young, age exacerbates these symptoms due to increased memory loss and alterations regarding context of past trauma. Age also affects the impact of physical symptoms on your body. Physical distress becomes increasingly dangerous due to weakened systems within the body that occur within the normal aging process.

The Amygdala is our brain’s protection system and is used to notify the body when it is in danger. After experiencing trauma, struggles to decipher between real dangers and perceived dangers result in a “fight or flight” reaction. This leads to an inability to decipher between physical and psychological threats; one might develop symptoms when coming face-to-face with an angry animal or preparing for a presentation at work because both environments may create similar feelings of fear. Physical symptoms that follow the body’s sympathetic nervous system stimulation includes heavy breathing, sweating, rapid heart rate, and trembling. These symptoms can become emotionally and mentally exhausting due to the inability to address symptoms or change perspectives regarding past trauma. Since these responses occur naturally, tools have been developed to cope with the symptoms. Some tools that have been used to address these symptoms include relaxation techniques, deep breathing, and muscle relaxation techniques.

A study completed at the Emory University School of Medicine reviewed hippocampal structure and function among 33 women who experienced childhood sexual abuse. This study revealed that the Hippocampus in women who experienced childhood sexual abuse and Post Traumatic Stress Disorder failed to activate. This failed activation causes a suppression of the Hippocampus resulting in an unorganized memory story increasing the risk of flashbacks and “fight or flight” reactions. As age begins to affect memory story in the brain that is increasingly susceptible to brain diseases including Dementia and Alzheimer’s, neurological connections begin to decline causing increased risk to flashbacks and altered memories. These women also had smaller hippocampal volume by 19% compared to individuals who experienced no abuse or PTSD. These results represent an increased risk of “fight or flight” reactions as well as an increase in flashbacks (Emory University School of Medicine, 2015)

With the overwhelming amount and severity of abuse experienced in the United States, especially within the aging population and its direct effects on mental and physical health as seen through damage to the brain, we need to advocate for continued awareness, services, and resources to support individuals who have experienced abuse, victimization, and trauma. Continued awareness includes educating one’s self on the risks within their community, supporting others regarding their safety, and being understanding of those affected by victimization, abuse, and trauma.

Though the symptoms of trauma and victimization can be severe, therapy is known to be significantly effective in addressing the symptoms of trauma and victimization. Senior Centers often offer classes and workshops regarding ways in which to stay safe; topics often including identity theft, financial scams, domestic violence, safety within nursing homes, caregiver abuse, robbery, and many others. Support groups and group therapy are also offered within communities to give individuals the ability to share and process emotions and thoughts related to their victimization while giving and receiving support to others. Contacting your county aging services or victim’s services for resources including legal aide, counseling services, support groups, and therapy is an effective form of preventative care and self-care. Most importantly, advocating and supporting those who have been victimized or affected by trauma and understanding the emotional and physical symptoms will allow those affected to feel validated and understood during challenging times. 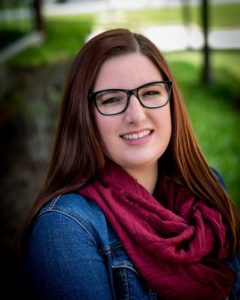 Casey Koch is an Elder Victim Mobile Support counselor for The Lincoln Center for Family and Youth. Casey graduated from Temple University for Clinical Health and Mental Health and has a degree in social work. Casey has also worked with the geriatric population in a hospital setting.